Test your PowerShell skills by having competing against other PoshBots!

Poshbots was created as a way to help my systems engineering team learn the basics of PowerShell. After logging into your account you could create one or more Poshbots and them battle other team members bots.

The two bots are placed on a 25 x 25 grid of squares. Each square is worth a random number of points and can be captured by moving your bot onto the square.

Each turn the player could perform an action using PowerShell like syntax to either:

Essentially, the bot with the best algorithm would win. Different strategies were implemented by different people on the team such as random movement, find and follow the competitor, or doing calculations of nearby squares to determine the optimal path.

Training mode allowed players to test their bots by calling the games API's directly through PowerShell and controller both their bot and a competing bot. 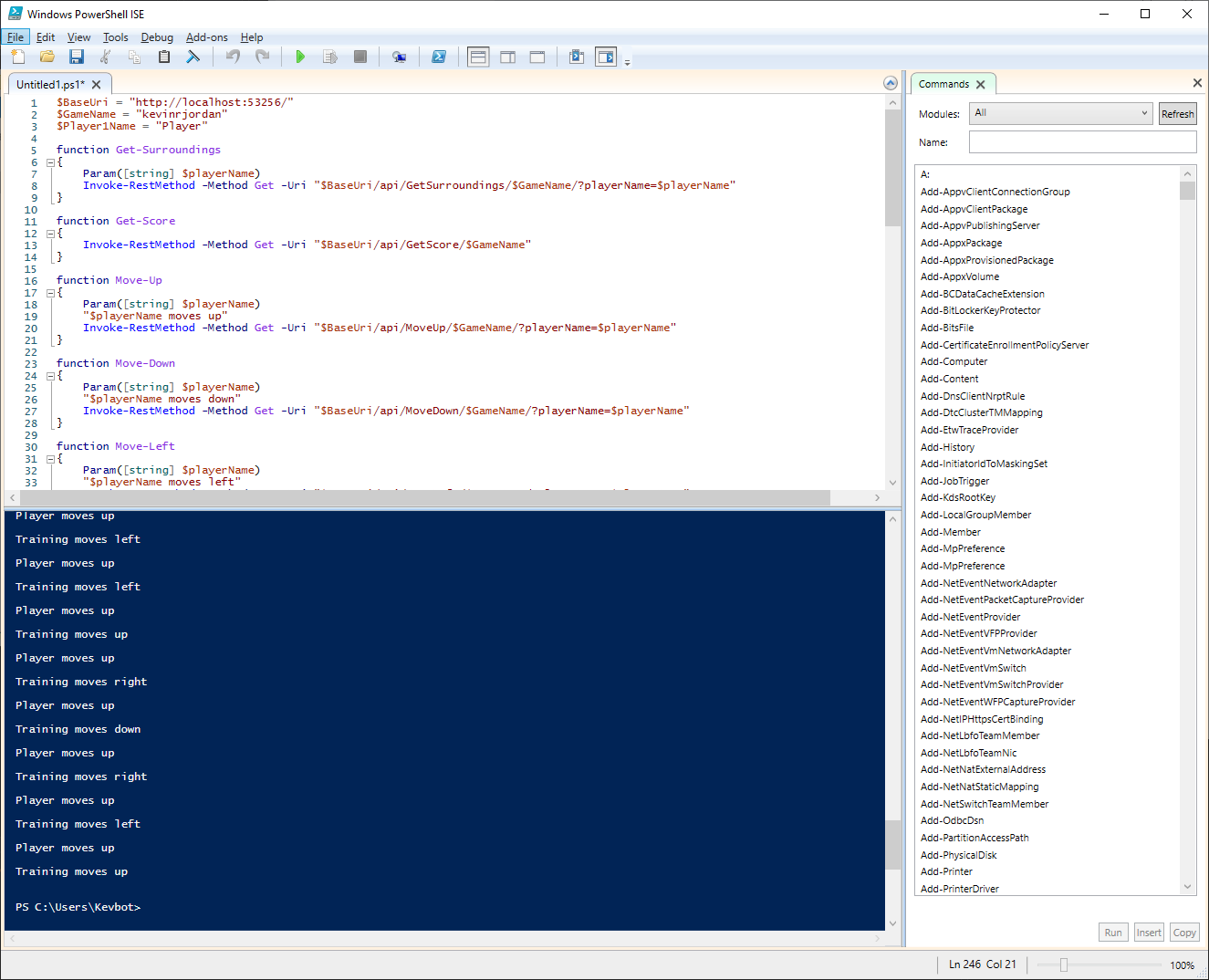 After a player trained their bot, they could compete against any of the other team member's bots that had been saved. Each bot's code was uploaded to an Azure function and then executed. Players could watch the outcome of the battle on a web UI in real time. 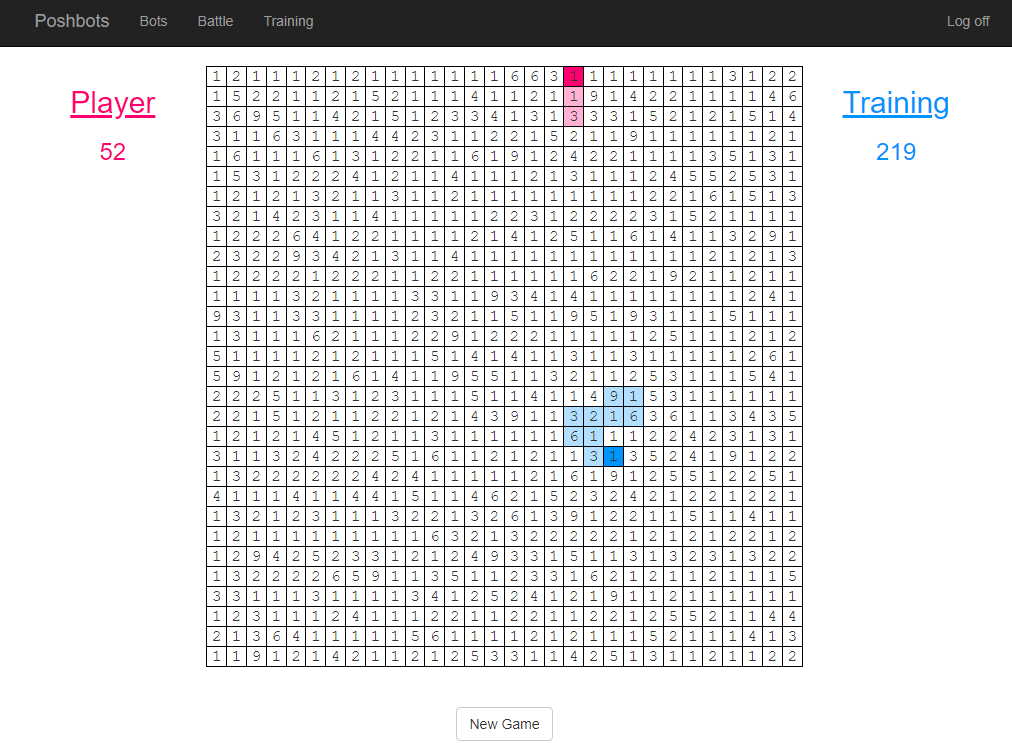 For any inquiries: kevinrjordan [AT] gmail [DOT] com.